Home // Blog , Health // How to Buy the Best Cloves Online in India?

How to Buy the Best Cloves Online in India?

The unopened flower buds of the clove tree are what we use as cloves. This evergreen tropical tree can live for nearly a century. Clove trees are widely grown in spice growing regions across Kerala It is a known fact that Kerala has always been the epicenter of spices trade since time immemorial. The natural factors like virgin forests, rich soil, and two monsoons have all played their role in making this region the best ever for growing spices. This dominance in spices trade is evident from the relations that this region had with the world since ancient times. One of the spices that always dominated the choice was cloves (called ‘lavang’, in Hindi).

Cloves enrich all the dishes it is added to with flavor and taste. Clove oil has a very important role in dental health too as most of the toothpaste contains it. They are used as ant-sept mouthwashes that remove bacteria and provide quick relief during toothache and gum pain. They bring freshness to the mouth and helps remove bad smells. 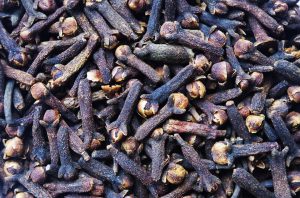 Clove oil is also used in the making of soaps and perfumes. What cloves are recognized for is its medicinal values. The compound ‘Eugenol’ in clove oil has anti-inflammatory, digestive aid, anti-bacterial, anti-microbial, anti-fungal and analgesic properties. Hence Ayurveda, the ancient Indian medicinal system, widely used cloves in the medicines used for treating a number of ailments. Clove’s powerful antioxidants are believed to help cure stomach ulcers. Clove is densely packed with numerous bioactive compounds and volatile oils. These help in removing toxins from the body and prove to be a great remedy for removing unwanted intestinal worms, fungal infections, and ringworm.

What best recipes have cloves?

The taste and aroma of Cloves are so strong that it can overpower other spices and become dominant. While it is used in the making of chicken curries and all kinds of biriyanis, it is used in the right moderation. Clove imparts a warm, aromatic and nearly sweet taste to food and hence they are used in the making of baked items like cakes, bread and also sauces and pickles. They have an intense flavor when ground and used with awareness. They are a great addition to meat dishes and seafood curries. The best cloves have their oil intact and are not the residue after the extraction of its valuable oils. If you wish to enjoy the best spices including cloves, you can order it directly from Spice Munnar and get your requirements for fresh and pure spices fulfilled.

Cloves are used in Indian cuisine mostly in ground form but whole spices are also added to certain curries and especially biriyanis or pilafs. It is also an ingredient in making the spice mix that goes into making masala chai – the spicy tea preferred mostly in Northern India. Spices like cloves should be stored in sealed containers and away from direct sunlight. If you require fragrant, plump and tasty cloves that were freshly harvested and dried you can order it directly from Spice Munnar by visiting the site and order cloves online. The spices will get delivered to your doorsteps without any hassle. 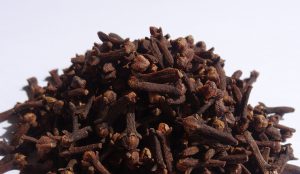 How cloves are good for you?

To start with, cloves can help in clearing blocked sinuses. All it takes is a glass of warm drinking water which has been infused with a few cloves. You can take a cup of warm water and put a few cloves in it and let it rest for a few minutes. The infusion can be drunk or gurgled. This will help clear the phlegm in the sinus region and helps clear your nose. A gentle warmth is spread to your throat region, making breathing easier. The natural goodness of cloves will play a role in kicking your immune system into gear. Clove infused water is also a gentle hand-sanitizer with its natural anti-microbial properties. However, it is not a replacement for the regular hand-sanitizers.

How to use Spices and Herbs in cooking?